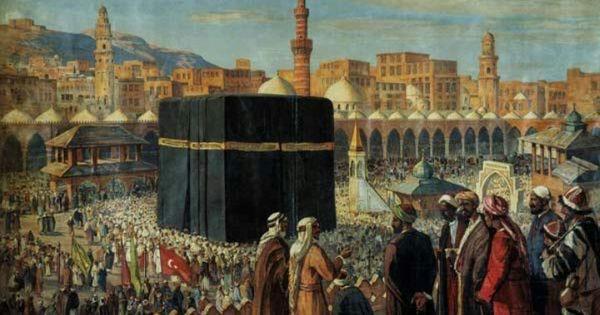 An Angel to Protect you all night

Sayyiduna Abu Huraira radiAllahu anhu narrates, the Noble Messenger of Allah ﷺ deputed me to keep Sadaqat (al-Fitr) of Ramadan. Someone came and started taking handfuls of the foodstuff (of the Sadaqa) (stealing). I took hold of him and said, “By Allah, I will take you to Allah’s Messenger ﷺ .”

So, I waited for him watchfully. When he (showed up and) started stealing handfuls of foodstuff, I caught hold of him again and said, “I will definitely take you to Allah’s Messenger ﷺ. He said, “Leave me, for I am very needy and have many dependents. I promise I will not come back again.” I pitied him and let him go.

In the morning Allah’s Messenger ﷺ asked me, “What did your prisoner do.” I replied, “O Allah’s Messenger ﷺ! He complained of his great need and of too many dependents, so I took pity on him and set him free.” Allah’s Apostle said, “Verily, he told you a lie and he will return.” I waited for him attentively for the third time, and when he (came and) started stealing handfuls of the foodstuff, I caught hold of him and said, “I will surely take you to Allah’s Messenger ﷺ as it is the third time you promise not to return, yet you break your promise and come.”

He said, “(Forgive me and) I will teach you some words with which Allah will benefit you.” I asked, “What are they?” He replied, “Whenever you go to bed, recite “Ayat-al-Kursi” ‘Allahu la ilaha illa huwa-l-Haiy-ul Qaiyum…..’ till you finish the whole verse. (If you do so), Allah will appoint a guard for you who will stay with you and no satan will come near you till morning. ” So, I released him.

In the morning, Allah’s Apostle ﷺ asked, “What did your prisoner do yesterday?” I replied, “He claimed that he would teach me some words by which Allah will benefit me, so I let him go.” Allah’s Messenger ﷺ asked, “What are they?” I replied, “He said to me, ‘Whenever you go to bed, recite Ayat-al-Kursi from the beginning to the end… Allahu la ilaha illa huwa-lHaiy-ul-Qaiyum…..’ He further said to me, ‘(If you do so), Allah will appoint a guard for you who will stay with you, and no satan will come near you till morning.’ (Abu Huraira or another sub-narrator) added that they (the companions) were very keen to do good deeds. The Prophet ﷺ said, “He really spoke the truth, although he is an absolute liar. Do you know whom you were talking to, these three nights, O Abu Huraira?” Sayyiduna Abu Huraira radiAllahu anhu said, “No.” He ﷺ said, “It was Satan.”

Allah – there is no deity except Him, the Ever-Living, the Sustainer of [all] existence. Neither drowsiness overtakes Him nor sleep. To Him belongs whatever is in the heavens and whatever is on the earth. Who is it that can intercede with Him except by His permission? He knows what is [presently] before them and what will be after them, and they encompass not a thing of His knowledge except for what He wills. His Kursi extends over the heavens and the earth, and their preservation tires Him not. And He is the Most High, the Most Great.