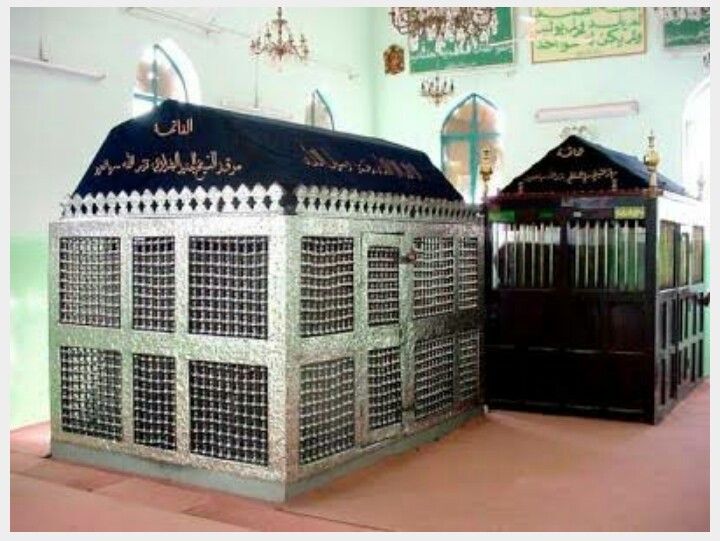 Shaykhull Mashayikh (Shaykh of Shaykhs) in Tariqah, and Imam-al-Aimma (Elect of the elect of Imams), Imam Abul Qasim al- Junaid Bin Muhammad Baghdadi was a popular saint among both the exoteric divines and spiritual Shaykhs.

He was well versed in theological learning and was a law giver in all principle (Usul) and derivative (Furu’at sciences); and he enjoyed the status of an Imam in the Thauri school of Sufi thought. He was a man of such lofty ideals and high status that he is regarded as Imam al-Tariqah among the Sufi of all persuasions and no one has the audacity to disagree with him.

Once he saw the Holy Prophet ﷺ in a dream who said, “ O Junaid speak to the people. Allah Almighty has made thy speech the source of Salvation for mankind.” When he woke up he thought his status was perhaps higher than that of his shaykh since the Prophet ﷺ had commanded him to preach. But when the day broke Imam Sari radiAllahu anhu sent a messenger to him saying, “ You did not preach at the request of your murids nor on the recommendation of the shaykhs of the time, or myself. Now that the Prophet ﷺ has commanded you to speak, you should obey him.”

Hearing this Junaid realised that his status was lower than that of his Shaykh because he had come to know his position while he himself was unaware of his position. So, he went to him and tendered apologies. When Imam Junaid radiAllahu anhu asked his shaykh, “ How did you know that I saw the Holy Prophet ﷺ in the dream?” He said, “ I saw the Almighty himself in a dream who said, ‘ I have instructed the Prophet ﷺ to go to Junaid and tell him to preach so that mankind may be benefitted.” This and many similar incidents bear testimony to the fact that the Shayukh are aware of the affairs and the inner states of their disciples in all circumstances.

His sayings are extremely lofty and subtle. He said, “Kalam al-Anbiya-e-naba anil huzur wa Kalam al-siddiqini isharatun anil mushahidah.” (The words of the Prophet ﷺ are the result of direct presence before Allah [Huzur], while those of the Siddiqs (Truthful) are based on hints relating to Mushahidah (visions)).

And correct information can only be derived from actual seeing and not from receiving hints. This shows that the end of the Siddiqins’ journey is where the journey of the Prophets begin. This also establishes the superiority of the Prophets over the Awliyaa (saints), as opposed to the two heretical sects who regard wilayah (Sainthood) as superior to Prophethood.

Imam Junaid al Baghdadi radiAllahu anhu said, “ Once I desired to see Iblees (devil). I was standing at the door of the mosque when I saw an old man with extremely repulsive looks approaching. When he came closer I said, ‘Who are you? I cannot possibly stand your abominable looks.’ He said, ‘I am the one you wished to see.’ I said, ‘ O wretched creature, why did you refuse to bow before Adam?’ He said, ‘O Junaid, do you think I should have bowed down to anyone other than Allah?’ I was bewildered to hear this; but soon a voice said, ‘ Tell him, had you been a true servant of Allah, you would never have disobeyed Him.’ He overheard it and exclaimed, ‘ O Junaid, By Allah! You have burnt me,’ and then he disappeared.’ This shows how Allah Ta’ala protects his friends from the mischief of satan.

Imam Junaid radiAllahu anhu said , “Had you reached any stage you would have not come to test me. This is the formal answer. The spiritual answer is that I hereby depose you from Wilayah  (Sainthood). As soon as he said this, the disciples face turned black and he exclaimed, “ Sire! I beg your pardon. I have lost the sweetness of Imaan (faith) which I had. Kindly forgive me.” Imam Junaid radiAllahu anhu said, “ You forgot that the Awliyaa of Allah are the custodian of Divine graces and that you would not be able to bear the blows of their displeasure.” Accordingly, he breathed over the murid and he immediately regained what he had lost and repented his follies.