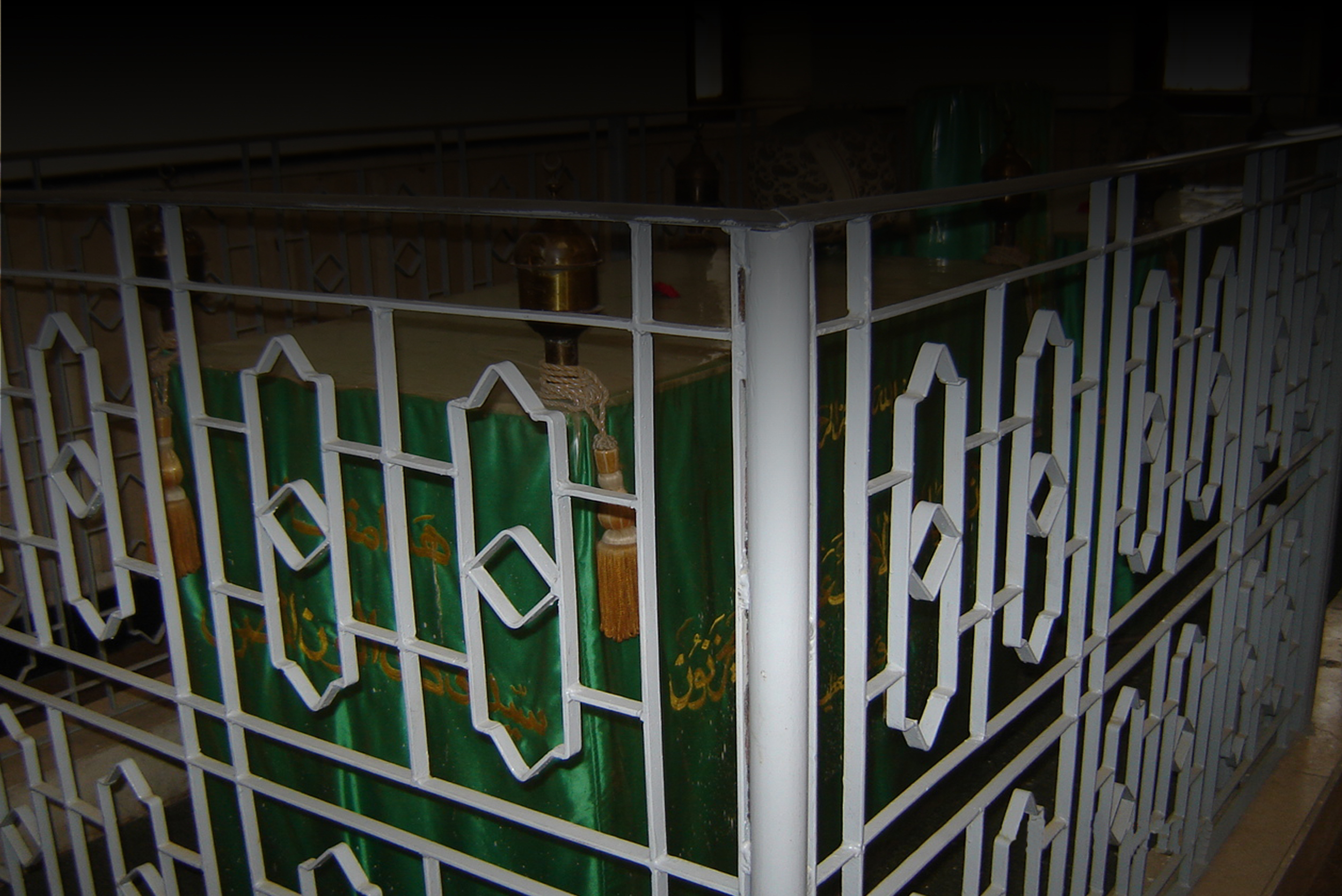 Hadhrat Dhunnun bin Ibrahim Misri, who combines in himself the merits of shariat and tariqat, ranks as one of the greatest saints of Islam. His original name Thauban. He is one of those who took to the ult of Malamat and Bala (self abnegation). That is why the people of Egypt failed to understand him, and remained unaware of his greatness till his death. It was on the night of his death that the Holy Prophet ﷺ, told seven persons in a dream that Dhunnun was the friend of God and that he (The Prophet) had come to receive him. When he died the following morning these words were seen written on his forehead, “ Hatha Habib Allah mata fi hubb Allah qatil Allah” (He is the lover of Allah who died for the love of Allah, and is a martyr). When his body was carried to the graveyard thousands of birds flocked around it and shadowed it from the sun. Seeing this the people of Egypt felt ashamed and regretted their cold attitude towards him during his life time.

He has left beautiful sayings in regard to the Sufi path. He said, “ Al Arifu Kulla yauman akhshaa, li annahu fi kulli sa’tun min-ar-rabi aqrab.” That is to say, he who knows God is more fearful every day since he is closer to Him every moment and is aware of his Majesty (Jalal) more intimately. It is only then that he realises that he was far from God before, and, therefore, repents for it, and feels grieved. It is like the Prophet Musa alayhisalaam who during one of his conversations with God said “ Ya Rabb Aina atlaboka, qala indal munkasirata qulubahum” ( Where can I find you my Lord! He said: in the broken hearts). Dhunnun said, “ My Lord, there is no heart more broken than mine.” God said “ So I am where you are.” This shows that he who pretends to have knowledge (ma’rifat) of God but is without fear is no Arif (gnostic). Ma’rifat is based upon sincerity of purpose, and sincerity of purpose cuts across all connections of wealth and high birth, except the connection with the Almighty. Therefore, Dhunnun Misri, May Allah be pleased with him, said, “ Assiqdo saifullahi fi arzihi wazzaa ala shyyin illa qatahu” (Sincerity is the sword of God Almighty on earth which cuts everything it falls upon). And what is sincerity? It is attachment with the giver and not the gift. If it were the other way round, sincerity is not there.

It is related of Dhunnun that once he was travelling on a boat with his disciples when another boat appeared with people making merry and indulging in frivolities as is the habit of Egyptians. This infuriated the disciples who urged the shaikh to pray for their annihilation so that the world would be rid of them. He got up and raised his hands in prayer saying, “ My Lord, make these people as happy in the next world as You have made them in this world.” His disciples were astonished to hear this, but as that boat drew near and its intimates looked at the shaikh they started weeping and asked him to forgive them. They broke their musical instruments, repented their follies and turned into good muslims. The shaikh turned to his disciples and said, “ Happiness in the next world is repentance in this world. You have seen that my prayer has been accepted. They have repented and have been saved from the affliction of the next world.” This shows how kind he was to mankind and in this he followed the example of the Prophet ﷺ who was not perturbed by the cruelties of the infidels and prayed for their safety saying, “ O God, guide my people on to the right path as they do not know”

The Saint Said, “ Once I was returning from Jerusalem, when I saw a person at a distance. On coming closer I found that she was an old lady wearing a woolen cloak. I asked her ‘ Where are you coming from?” She said ‘ From God’. I said “ Where are you going?” She said, ‘To God.’ I took out some coins from my pocket and offered them to her. She pulled her hand back and said, “ O Dhunnun, your behavior shows that you are mad. I do everything for Him. I do not worship anyone except him and do not accept anything from Him.” She said this and went away

The Secret of this story lies in her words, “ I do everything for Him.” Now there are two kinds of people in the world. Some people worship God and think they are doing it for His sake, but it is really for their own sake. However free from greed they may be, they do have a desire for the hereafter, i.e love for paradise and fear of Hell. There are others who worship God not out of fear of hell or love for paradise or any worldly gain, but out of pure love and sincerity for him. Although the people of the first category are, in a way, right to think by doing good deeds man avoids hell fire and is entitled to paradise. By committing sins, man only gets momentary pleasure and by doing good he entitled to everlasting pleasure. But God almighty does not benefit if all of mankind worshipped Him, nor does he lose anything in case of mankind goes astray. If all Human beings become sincere like Abu Bakr Siddiq it is they who benefit, and if all become heretical like Pharaoh it is they who lose. Says Allah in the Holy Qur’an, “ If you do good, you do it for yourself. If you do wrong, you do so at your own expense.” [17:7]. Again He says, “ He who struggles, does so for himself for Allah is Ghani (rich) [19:6]

Consequently, people worship God for their own benefit (everlasting happiness in paradise) and maintain that they do it for God’s sake. But this is not true love or sincerity. The lovers of God do not care for profit or loss. They worship God for Himself. However I will say more on this subject in the chapter on Sincerity.