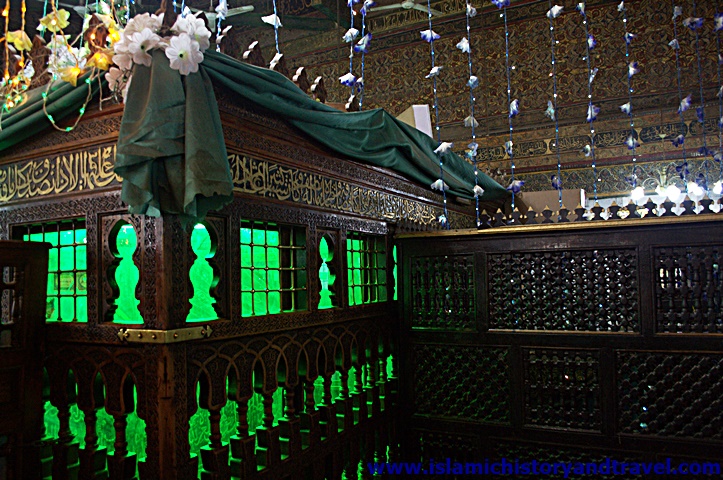 Imam-I-muttalabi (The Imam of the Prophets family), The son of the uncle of the Prophet, Abu Abdullah bin Idris as-Shafiyi ranks as one of the great divines of his time, well versed in all the islamic sciences. He is famous for his severe austerity, deep piety and lofty sayings. He was a disciple of Imam Malik during his stay in Medina.  When he went to Iraq he associated with Imam Muhammad bin al- Hasan (A disciple of the Imam Abu Hanifah). By nature he was a lover of solitude and wanted to perfect himself in Sufisim, but when people like Imam Ahmad bin Hambal thronged around him for guidance, he became busy in Imamat (Leadership) and scholarship at the expense of solitude. Under all circumstances he retained excellent moral qualities. In his early Sufi life he was extremely God fearing. He met Shayban Rayi and had the benefit of his company for some time. After that wherever he went he remained in search of Truth.

He said, “ If you see a divine (religious scholar) engaged in finding back doors to religious issues, by resorting to all sorts of interpretations, you can be sure he will not be able to accomplish anything.” This means that the ulama are the leaders of mankind and none is allowed to bypass them in the matter of interpreting Islam. The path of God cannot be traversed except with caution and self mortification. He who seeks easy back doors is a man guilty of escapism. To find back doors is the habit of common folks and is wholly unbecoming for religious scholars who should aim for higher objectives in the real of spirituality. The ulama are the elite who should never stoop to worldly gains. If they do so, they will not be able to accomplish anything. Moreover, seeking back doors amounts to sighting God’s commands and one who slights God’s commands is not a friend of His.

One of the mashaikhs said, “ Once I saw the Holy Prophet ﷺ in a dream. I said to him, ‘O Prophet of God. I have heard one of your sayings to the effect that God sends auliya, autad, and Abrar in the world to look after it. Is it true? He said, ‘Yes, that is true’. I said, ‘Can I see one of them?’ He said, ‘ Yes. One of them is Muhammad bin Idris (as-Shafiyi).’ Imam Shafiyi is a man of so many merits that they cannot be described in this short space.