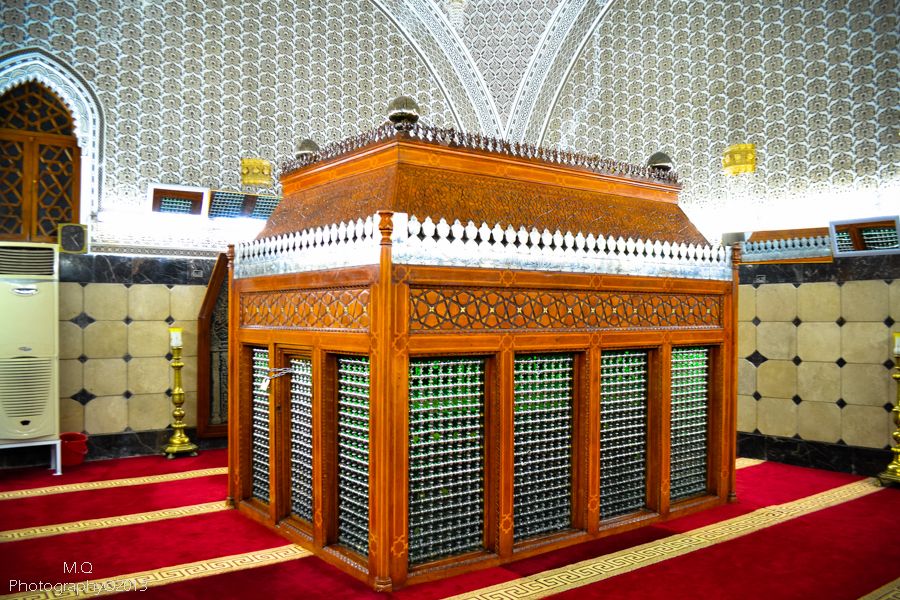 Imam Abu Hanifa Nu’man bin Thabit al-Kharraz, May Allah be pleased with him, had a firm footing in the shariat and a high status in tariqat. To begin with, he loved solitude and wanted to renounce the world and live a life of seclusion so as to keep away from the contamination of power and position and be fully devoted to God Almighty. However, he gave up that idea when he had a dream in which he saw himself sorting out the bones of the Prophet ﷺ in his grave, and was giving preference to some of them over others.

He went to one of the disciples of Muhammad bin Sirrin (who was well-versed in interpreting dreams) and asked the meaning of that dream. He said “ You will reach a position in the knowledge of Hadith when you will be able to judge Hadith properly and distinguish the correct saying from the fake ones.”

In another dream the Prophet ﷺ said to him “ O Abu Hanifah, you have been created to revive my Sunnah. Do not take solitude.” Imam Abu Hanifah was the teacher of some of the great mashaikhs like Ibrahim Ibn Adham, Fudhail bin Ayadh, Daud Tai, Bishr Hafi, etc.

It is related in the chronicles that once the Emperor Mansur planned to select a Qadhi (chief justice) out of the following four persons, Imam Abu Hanifah, Sufyan Thauri, Mu’sar Sallah bin Ashim and Qadhi Sharih, all of whom were great scholars in Islamic learning. Consequently, they were summoned to the court. While going to the emperor,Imam Abu Hanifah told his companions that he had a plan for each of them, They said “ What is that?” He said, “ I will try to get rid of the offer on some pretext; Mu’sar should pretend madness: Sufyan should flee; and Sharih should accept the offer.  Accordingly, Sufyan escaped by crossing the river using a boat and disappeared. The remaining three persons were brought before the emperor.

First he addressed Imam Abu Hanifah and told him that he wanted to appoint him as the Qadhi of the empire. The Imam said, “ O Amir al-Mu’minin as I am a non-Arab and a slave too, the Arab chiefs will not be inclined to accept my decision.” The emperor said “ It is not race, but knowledge and competence which counts in this matter.” Abu Hanifah said, “ But I am not competent for this job.” The emperor said, “ I know you are competent.” Abu Hanifah replied, “ It means I am telling a lie, in which case too I am not fir for the post, because a lier cannot be fit to be a Qadhi. So, in both cases I am not fit for the job. You are a caliph of God. You should not appoint a liar to such a high post.” In this way he succeeded in getting rid of the job. Now came the turn of Mu’sar. He took the hand of the Caliph and said “How are you” And how are your children? How are your animals?” Seeing this the Caliph exlaimed, “ He is mad, take him away.” Then he asked Sharih to accept the job. He said “ I am also mentally imbalanced and short of memory.” The caliph said, “ Never mind, you will be alright by treatment.” Thus he was appointed as the Qadhi of the Empire.

This was how Imam Abu Hanifah succeeded in avoiding the post. Henceforward he never met Sharih and kept himself away from him. This story bears testimony to his greatness from two points of view. Firstly, his wisdom to understand what he and his companions had to do and secondly, his contentment and love for solitude in which he found safety of faith. Incidentally, the cult of self reproach (malamat) also stands proven by the behaviour of the scholars who had to make a show of weaknesses and feign imperfection on their part to avoid worldly honour and dignity, which they feared would harm them spiritually, while pretenders do the opposite. Being slaves of greed they worship the rich and powerful, lick their shoes, take their places as qiblat and their thresholds as Qaba Qausain.

Once a pretender in Ghazni who feigned to profess malamat, said the wearing the muraqqah was bid’at (heretical). I said to him, “ You feel no hesitation in wearing the robes of silk which are definitely haram (forbidden) in Islam and that too you beg from the tyrannical and wicked people to amass wealth through unlawful means. Had you not been overpowered by arrogance and vice, You would have not said this. Silk dresses are lawful for females but not for males. It is certainly unbecoming on your part to wear silk and comdemn the patched garment obtained by lawful means.”

Imam Abu Hanifah says, “ When Noufil bin Hayan died, I saw a dream in which mankind was busy submitting accounts on the Day of Judgement. I saw the Holy Prophet ﷺ standing at the edge of a pool of water with many mashaikhs on his right and left. There was a handsome old man with grey hair standing nearest to the Prophet ﷺ with his bright face almost touching the Prophet’s face. Noufil bin Hayan was also there. When he saw me he came close and greeted me with salaam. I asked him to give me some water. He said he would ask the Prophet’s permission first. As soon as he said this, The Prophet ﷺ  raised his finger as a token of approval ad he gave us a vessel full of water which the companions and I drank to our fill. However, the vessel remained as full as before. I asked Noufil who was that venerable personage on the Prophet’s right. He said it was Prophet Ibrahim Alayhisalaam and on his left was Hadhrat Abu Bakr As-Siddiq RadiAllahuanh. He went on introducing the mashaikhs to me and I went on counting them on my fingers, the last number being seventeen. When I woke up I still had my finger on number seventeen.”

Yahya bin Muadh Razi said, “ I saw the Holy Prophet ﷺ in a dream and said to him, ‘ Where can I find you.’ He said, ‘ In the knowledge of Abu Hanifah.’ Imam Abu Hanifah’s merits and virtues are too many to be described in this small book.

Once when I, Ali bin Uthman was staying at the tomb of Hadhrat Bilal (Companion of the Prophet ﷺ in Damascus, I saw in a dream that I was in Makkah. I saw the Holy Prophet ﷺ, entering the shrine of Ka’bah through the gate if Bani Shiba carrying an old man as one carries a child on one’s bosom. I ardently ran to the Prophet and kissed his feet. I was wondering who the old man was. Reading my mibd the Prophet said “ He is your Imam and the Imam of your country, Abu Hanifah.” My countrymen and I are indeed lucky to have that honour. This dream is enough to confirm that Imam Abu Hanifah was Fani-us-Siffat by himself and baqi-us-Siffat with the Prophet ﷺ by virtue of the fact that the Prophet ﷺ lifted him to his bosom. Had he been walking by his own feet he would not have been fani by himself, instead, he would have been Baqi with himself. Know that what is verified by the Prophet ﷺ himself cannot be questioned.

It is said that when Daud Tai had learned all the islamic sciences and became a great scholar he went to Imam Abu Hanifah and said, “ What should I do next?” The imam replied, ‘ Alaik bil Amal fa innal Ilma bila Amal kal jasdu bila rab” ( Bring your knowledge (ilm) into practice, since knowledge without practice is like a body without a soul). If knowledge alone is not an alim ( Man of knowledge) in the real sense of the word. It is like true guidance which is not possible without struggle mujahidah (devotion). Therefore, knowledge is a necessary complement of action and no knowledge is complete without action. It is like the light of the sun which cannot be separated from the sun. I have already explained the benefits of knowledge earlier.